This week two new over-the-top streaming services have been announced. The first is Walmart’s video streaming arm, Vudu, which announced a partnership with MGM to create original content exclusively for Vudu along with plans to integrate shoppable ads on the streaming platform. The second is Netflix, which for the first time, will be adding audio to its original video content offering.

Walmart Vudu: In the ongoing battle between Amazon and Walmart, America’s largest bricks and mortar retailer is venturing into the world of original content. Walmart’s free ad-supported video streaming service, Vudu, has struck a deal with MGM to create original content, exclusively-licensed to Vudu, based on popular TV and film franchises. Rather than traditional 22-minute episodes, Vudu is taking a cue from social media streaming services and is looking to roll out 11-minute episodes, releasing two each week. The ad-supported service allows advertisers to use the retailer’s first-party data and target ads based on shopper’s profiles, purchase history and purchase predictions. In addition to original content, shoppable ads are in the pipeline for Vudu’s streaming service, allowing advertisers to generate sales from their ads. Clicking on an ad will automatically add a product to a user’s Walmart shopping cart, with options to buy online or collect in-store. With original content and shoppable ads on the offering, it’s quite possible brand-integrated shows could be Walmart’s next step for Vudu.

Netflix Goes Audio: Earlier this year, Netflix announced a new partnership with satellite radio provider SiriusXM (which recently acquired music streaming service Pandora in a $3.5bn deal). The partnership includes the launch of an exclusive channel called Netflix is a Joke, in efforts to bring Netflix’s original comedies to radio. Launching in January, this channel aims to strengthen already popular shows rather than create an additional revenue stream and will be the first time Netflix will bring its content outside video and into the audio world. The streaming giant recently released its third-quarter earnings, which resulted in a 12% jump in its stock price post-release. The earnings showed an increase in subscriber growth, with 6.96 million net additions, compared to the predicted 5.07 million, taking its total number of paying subscribers to 130 million. Netflix predicts an additional 9.4 million new subscribers for its fourth quarter.

With platforms like Netflix, Hulu and Vudu evolving, OTT video streaming services are changing the way we consume ‘TV’ and as a result how people consume ads. Whether it’s Netflix using its space on SiriusXM as a non-stop self-promotional ad or advertisers using Vudu as a home for episode-length ads; it is sure that brands will be interested in the new opportunities and they will compete for the spot that brings them the closest to their consumers.

Business Insider: An ad agency is ‘hacking’ search results on Amazon’s Alexa, and it shows how voice is the next battleground in advertising 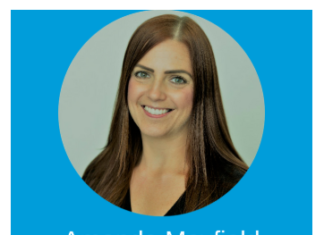