While growth has slowed, 2018’s extravaganza still added 45.3 billion RMB in GMV (27% growth from last year). So what is driving sales in China?

Expanded Breadth & Depth of Scale: Just 27 brands joined the first Tmall Singles’ Day celebration in 2009. This year there were 180,000 brands, that’s 40,000 more than 2017. This was also the first year that Alibaba partnered with Lazada, the largest e-commerce platform in Southeast Asia and Daraz, the online shopping store in Pakistan. Together with AliExpress, Alibaba’s own cross border e-commerce platform for outside China, these platforms brought over 140,000 merchants to over 100 million overseas customers. There were also significantly more brands that achieved over 100mn RMB revenue in this single day, 237 vs. 167 brands last year, which indicates that the increase in Alibaba’s total online revenue wasn’t just driven by the giant brands.

Social Commerce as a Key Driver: Tmall launched a ‘Partnership Project’ for the first time to encourage consumers to form teams with their friends to compete for a bigger prize. During this 20-day project, people could receive ‘energy points’ when they went to all 17 Ali-owned online platforms, as well as offline partner shopping centers. Two lucky draws were also launched with a prize pool of 111mn RMB, for people who shared their activities on social media or completed tasks by connecting inside the Alipay network. Both approaches benefited Tmall by using active consumers to engage inactive consumers – even the people who were not into shopping couldn’t avoid being reached by these temptations and thus the festival craze was further accelerated.

It’s not just an ‘Alibaba only’ day: Daniel Zhang, CEO of Alibaba, said in a recent interview: “We are not doing Double 11 for the GMV number since our mission is to create a real shopping festival – a day to drive digital reformation and revolution and a day to become a milestone for all industries to transform into digital.”  Double 11 is an omnichannel shopping day that is celebrated on every single retail platform. Ten years ago, Alibaba initiated this extravaganza but it no longer monopolizes this festival today. Tmall was still the biggest player which dominated 67.9% of the Double 11 market. However, JD, VIP and Pin Duoduo altogether took about 32.1% (source: Syntun).

Double 11 has quickly evolved from being just a discount-driven day with a crowded logistic experience, to online-offline linkages and now to a day of omnichannel commerce with immersive shopping experiences that has expanded beyond China – all in just ten years. 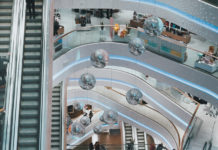 Adweek: With Ex-Condé Nast Star Phillip Picardi at the Top, Out Magazine Looks to Expand 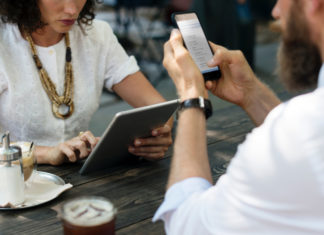 mindsharena – November 20, 2018
Excerpt: A major area of real estate for Axios’ native content is within its stable of 17 free email newsletters, which Axios said adds…

Takeaways from Singles’ Day (AKA The Double 11 Shopping Carnival)