Background: Google recently announced another update to its Exact Match targeting, introducing close variants which will now include keywords with the same meaning. Using Google’s machine learning, Exact Match keywords will begin to include close variations that share the same ‘intent’ as your keyword (see examples below in table) and so Exact Match will no longer be limited to your keywords.

According to Google’s internal data, ‘the ways people are searching is constantly changing, roughly 15% of the searches we see every day are new.’ This means people may be searching for products and services using keywords that advertisers may not have discovered and Google wants to help advertisers capture that.

In March 2017, we saw a significant update to Exact Match keywords which broadened to include variations of word order and the inclusion of function/bridging words. For example, men’s dress shirt could match to dress shirt men’s. On face value, the user’s intent is clearly the same across both terms.

Now, for the first time, Exact Match will become more dependent on the intent of the query – regardless of the wording used. The example from Google below illustrates what this means.

The expected influx of new and ideally relevant queries gives advertisers greater scope to optimise their accounts towards user-generated queries and gain a clearer insight of what their audience could be looking for. Conversely, advertisers must pay closer attention to their search query reports to filter out unexpected queries which may not align with their targeting criteria.

This change will roll out for English keywords through October 2018, with more languages to follow over the next few months.

Summary: Fundamentally, this update is yet another dilution of the Exact Match definition. Advertisers with compliance concerns or contextual keyword issues may be worried about the implications.

Google obviously trusts in its machine learning algorithm and promises that ‘the intent of the search still matches the original keyword’. Google says that it will still prefer to match queries to the most specific keyword. Paraphrases or similar terms already existing in your account will be triggered as a priority (except for keywords with a poorer ad rank).

For advertisers who may not already have an extensive breakout of ‘similar-intent’ phrases, this update creates a window of opportunity for an expansion of their keywords. 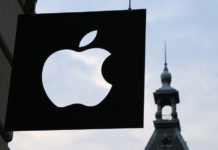 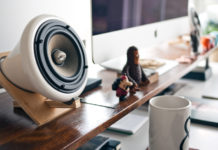