This was a week for gamers. Electronic Arts (EA) CTO Ken Moss announced Project Atlas, a new cloud-gaming platform; messaging app Line raised $110M for its gaming business and Twitch, the streaming platform, is looking to expand into other content areas.

Electronic Arts: EA has announced Project Atlas, a new cloud-gaming platform that will allow users to stream video games to mobile devices and / or desktops that have access to an internet connection. Currently, games run on console hardware with a finite number of options for a player and limited by the technological capabilities of the device. Through Project Atlas, EA is planning to: ‘seamlessly converge EA’s Frostbite game engine and game services as well as artificial intelligence — giving rise to a new game development platform, optimized for a cloud-enabled world…a fully integrated platform, capable of building the scalable, social, and large-scale experiences of the future… freeing the game engine from the processing constraints of any single computing device, bringing more possibilities for deep personalization’. EA is set to compete with Microsoft and Google which also announced plans for cloud-gaming platforms: Project xCloud and ProjectStream, respectively – so the console wars moves into the cloud.

Line: Japanese-American messaging app, LINE, has received $110M in funding from Anchor Equity Partners in return for giving up majority of its shares in its content and gaming business arm, Line Games. LINE has made $250M to date from its content and gaming division, consisting of virtual goods and in-app purchases through social games. Though LINE’s gaming business is currently available in Japan, Korea, Thailand and Taiwan, the new funding will work towards scaling a global operation. Future plans for LINE games will focus on reaching non-mobile platforms like Nintendo Switch. In addition to a messaging app and gaming platform, LINE also boasts an advertising arm, which has generated $700M in revenue so far, this year.

Twitch: Amazon-owned gaming and video-streaming service Twitch has announced plans to expand beyond game streaming at its annual get together TwitchCon 2018. The platform has around 15 million daily active users with more than 2 million unique users a month streaming and creating content, including celebrities and influencers – many of these crossing over from YouTube. Expansion plans include collaborating with influencers and content producers to broadcast content encouraging more community-engagement. From movie marathons to hosting tournaments, this community-based engagement is designed to compete with YouTube and to eventually allow Twitch streamers to sustain their own channels as businesses in the same way they do on YouTube.

Gaming has always been at the cutting edge of technology, but increasingly it is becoming more mainstream as entertainment and that is generating huge revenue opportunities for the dominant platforms. Whether competing for players, as both EA and LINE announcements this week show, or viewers, which is Twitch’s goal, it is clear there is much value in the gaming audience for these platforms. Brands will want to be involved with this $36bn industry and as the platforms develop and broaden their appeal there will undoubtedly be new opportunities to engage these audiences. 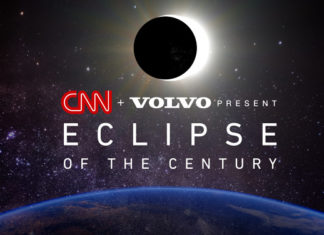 mindsharena – November 30, 2018
A huge congratulations to our Volvo team: last night they won the award for "Best Branded Content led by Digital Channels" at the Festival…