Either it is the end of banking and credit cards as we know it, or it is the latest hyperbole blockchain release – depending on your point of view. One thing you cannot deny is that Facebook’s launch of Libra is a gamechanger and another step by Facebook to diversify its business model.

Billed as a simple global currency and financial infrastructure that empowers billions of people, Libra will be designed to allow its users to send each other money or to enable purchases with nearly zero fees.

Facebook has for now only announced its white paper, setting out the basic tenets of how Libra will work and it is aiming for a public launch in the first half of 2020. The concept is that users will be able to buy and exchange Libra at physical locations and then spend the currency using third party wallet apps or Facebook’s own wallet ‘Calibra’ inside apps such as WhatsApp, Messenger and the core Facebook App.

In a move similar to the launch of Google’s Android through the Open Handset Alliance, Facebook will not 100% control Libra, instead creating the Libra Foundation and joining other founder members including Visa, Uber, PayPal, MasterCard, Spotify, Lyft and Andreessen Horowitz on the board – each of whom have invested $10m into the project. Conscious of the current focus from consumers on privacy, Facebook is also launching a separate company that will handle is crypto-investment called Calibra – and this company will operate at arms-length from the rest of the Facebook business so that Libra payments will never be mixed with Facebook user data.

Launched with a ‘vision’ to empower billions of people, especially the 1.7bn unbanked, there are those that view the launch of Libra as much as a defensive move as a new opportunity for Facebook. The argument being that if Facebook didn’t launch its own coin, then a competitor would do it instead and then have a vast pool of data based on what people are buying with it – presenting a danger to future revenues for Facebook.

There are 100 pages in the Libra whitepaper, so clearly the devil is in the detail, but the big picture is that this move will have sent ripples out into the industry. It is hoped that the scale of Facebook’s user and advertiser base will provide a more robust and stable foundation for a global crypto-currency. Libra will also be backed by a reserve, so that there will be assets against the value of all Libra created.

Also, in the West the idea of a social platform with an integrated payment platform is not that common but in China there is already WeChat Pay (and Alipay, which is more akin to PayPal). So, this move can also be viewed in a wider context of an upcoming battle between the East and West social and soon to be ecommerce giants.

The other question is will Amazon, Google and Apple just stay on the sidelines? This is going to get interesting, so it’s worth reading up now. 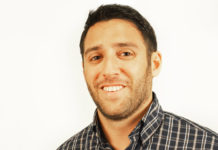 The Wall Street Journal: Olympic Games Are Getting More Competitive for Advertisers 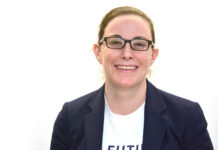 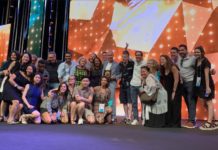 mindsharena – June 25, 2019
Excerpt: “These events are one of the few remaining forms of entertainment that people feel compelled to watch in real time. Viewers want to see…