Facebook is bringing interactive playable ads to its Audience Network. In August last year Facebook launched a new ad format that lives in the Facebook news feed and allows users to trial ‘lite’ versions of mobile games before downloading. Facebook saw that users who tried an app before downloading it were 60% more likely to open the new game and six times more likely to make in-game purchases, than users that installed the apps via other ads.

The rewarded playable ads enable developers and advertisers to give rewards to players that engage with the ad unit for at least 15 seconds. The interstitial playable format enables players to interact with the ad or download the game after five seconds.

The player is directed to the app store to install the game as a call to action.

A new measurement tool for playable ads is also being introduced, enabling developers to track: when a user starts to engage with a playable ad; how engaged the user is and the outbound traffic to determine how much traffic each ad is driving.

In the coming weeks, Facebook will be offering support to advertisers by allowing them to create higher-quality playable experiences with larger file sizes and to use playable files from other sources on Facebook and Facebook Audience Network.

The total number of active gaming publishers on Audience Network grew by 50% in 2018 and payouts from rewarded video alone increased more than eightfold, proving that playable ad units work. The latest evolution with increased engagement will invite more interaction with brands and games whilst advertisers will be able to improve on the experience using the new measurement tool, tailoring the creative to the user.

Winning mobile gamers in the discovery phase is critical. By extending playable ads to the Audience Network and by improving the creation process and measurement, this format is likely to provide even better results for advertisers, helping them accelerate the growth of their game and reach a more highly engaged audience. 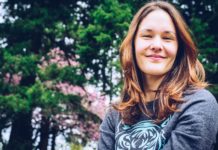