Now in its second year, the annual Top Boss Awards honor leaders and managers who “go above and beyond to deliver results, build a strong team dynamic and provide mentoring.” Vitellaro was selected as the sole winner for the Media Agency category.

Bringing more than 15 years of industry experience to her role, Vitellaro has worked with numerous top brands spanning categories including CPG, pharma, food, and more. Currently, she leads our General Mills team in Chicago. A respected industry leader, she was also previously honored as one of AWNY’s (now known as She Runs It) Advertising Working Mothers of the Year

She’ll be honored at the Digiday Awards Gala in New York on November 7, alongside other honorees from publishers, tech companies, and more. See more details here.

Vitellaro’s win follows a slew of other recent honors for Mindshare leaders. Our Chief Talent Officer, Lisa Dallenbach, is also a finalist in Digiday’s first-ever WorkLife Awards, in the category of HR Executive of the Year. Winners for that honor will be announced at the same awards gala in November.

And, her win comes on the heels of a number of other awards for Mindshare leaders, including Cynopsis Media’s Rising Star Awards, Broadcasting & Cable’s Top Media Planners and Strategists, She Runs It’s GenNext Awards, Cynopsis Media’s Top Women in Digital, Cannes’ Young Media Lions (the first time the U.S. has ever won a Young Media Lion), and more.

Google and Walmart Partner for Ecommerce

mindsharena – August 28, 2017
On Saturday August 19, American Family Insurance and Big Brothers Big Sisters brought together 75 pairs of "Bigs" and "Littles" for a day of…

Google and Walmart Partner for Ecommerce 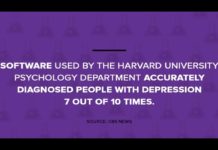 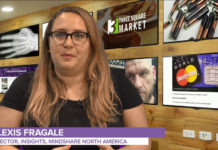 Culture Vulture Live: Would You Get a Chip Implant for Work?

Culture Vulture Live: A Picture’s Worth a Ton of Tiki Bars

Culture Vulture Live: Find Out How to Dress to Impress