This week Apple held its annual Worldwide Developer Conference (WWDC). As expected, Apple’s announcements focused on Operating System updates but also had a focus on privacy.

iOS13: Amongst a slew of new features such as: ‘dark mode’; a more human Siri voice and refreshed maps including a ‘street view’ style look around mode, Apple’s messaging was consistently referencing its efforts in privacy. This is an understandable position given Apple does not generate anywhere near the revenue as Google and Facebook from advertising. With each announcement, Apple highlighted its new privacy protection, limiting location tracking on apps and data sharing during app log in. The most explicit demonstration of this privacy position is the upcoming launch of a new ‘Sign in with Apple’ button, that will allow consumers the ability to have a unique, randomly generated email address for any log in, with two-factor authentication, Apple noted that it will not profile users or their app activity.

iPadOS13: In a clear effort to demonstrate the iPad’s abilities as a viable laptop replacement, Apple has announced the launch of iPadOS13. Whilst there have been subtle enhancements to the home screen – such as the ability to pin ‘widgets’ – it is the new operating system’s ability to make fuller use of the iPad’s larger screen for multitasking that sets it apart from iOS. The inclusion of an overhauled file management system, the ability to support USB thumb drives and import photos directly from camera all aid the demonstration of the iPad’s laptop slaying aspirations. Whilst a departure from a single iOS launch, it is worth noting it does of course share the iOS13 enhancements and privacy focus.

MacOS: Apple has moved from desert to sea and announced the launch of MacOS Catalina. The much-rumored death of iTunes has spawned three new apps: Apple Music, Apple Podcasts and Apple TV. This allows a more focused interface and a less intrusive iPhone and iPad integration. The introduction of Sidecar allows consumers to use their iPad as a second, touch enabled screen for their Mac. The launch of Activation Lock and Find My on Mac provides greater security. The most excitement in the room was generated by Project Catalyst, which allows developers to more easily port iPad apps across to Macs (Twitter was quoted as creating a Mac version of its app in just days thanks to Catalyst). Catalyst, along with developments to the Swift programming language, provides a framework designed to make programming far easer.

WatchOS: Apple announced some new faces alongside WatchOS 6. New health announcements included a Noise monitoring app and the inclusion of menstrual cycle tracking to both Watch and iPhone. Whilst we have finally seen the inclusion of a much requested Voice Recording and Calculator app, it was the launch of the App Store on the Watch itself and the ability to run apps that do not need to be tethered to an iPhone that reflects Apple’s aim to make Watch OS a whole platform on its own.

We have seen a real focus on both the separation of individual ecosystems to play to the devices’ strengths – iPad getting its OS, Apple TV, Apple Music and Apple Podcasts and the launch of App Store and Watch. We have also seen a step forward in the integration of those ecosystems – Project Catalyst and Sidecar. But the consistent refrain has been ‘privacy’. “We believe privacy is a fundamental human right, and we engineer it into everything we do,” said Craig Federighi, Apple’s SVP of Software Engineering. “This experience is meant to let you have control over your data.” We will watch to see whether consumers trust Apple more than Google and Facebook with their personal data but it is clear that Apple is aiming to be the consumers number one trusted partner in a world where personal data is becoming increasingly more valuable. 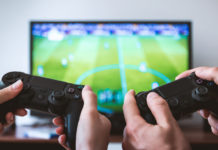 Digiday: Bleacher Report is on track to grow 50% this year, hit $200m in revenue 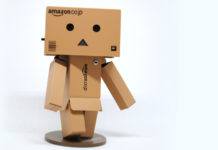 Business Insider: Ad-tech companies are racing to keep up with OTT’s growing fraud problem — but it’ll be hard to do without industry standards 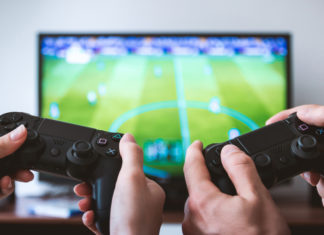 Digiday: Bleacher Report is on track to grow 50% this year,…

mindsharena – June 10, 2019
Excerpt: “They have made significant strides in diversifying their offering beyond the confines of a traditional digital media property to stay relevant among the Gen-Z…

Business Insider: Ad-tech companies are racing to keep up with OTT’s…

Digiday: Bleacher Report is on track to grow 50% this year,…